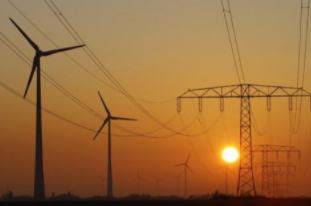 CEDRI has been sanctioned with debarment with conditional release, which makes the company ineligible to participate in projects and operations financed by institutions of the World Bank Group. The debarment is part of a settlement agreement under which CEDRI admits responsibility for the underlying sanctionable practices and agrees to meet specified corporate compliance conditions as a condition for release from debarment.

CNEEC has been sanctioned with conditional non-debarment, which means that it remains eligible to participate in projects and operations financed by institutions of the World Bank Group as long as it complies with its obligations under the settlement agreement. Otherwise, the conditional non-debarment will convert to a sanction of debarment with conditional release, and the company then will become ineligible to participate in World Bank Group projects and operations until the conditions for release set out in the settlement agreement are met.

The project was designed to increase the capacity and improve the reliability of the electricity transmission and distribution system in Lusaka, Zambia. According to the facts of the case, CEDRI engaged in fraudulent practices by failing to disclose a conflict of interest and by presenting false documents with CNEEC’s company name in order to meet the requirements of a contract under the project. CNEEC, as a controlling affiliate of CEDRI, failed to oversee CEDRI’s misconduct.

The settlement agreement provides for reduced periods of sanction in light of both companies’ cooperation. As a condition for release from sanction under the terms of the settlement agreement, the companies commit to developing an integrity compliance program consistent with the principles set out in the World Bank Group Integrity Compliance Guidelines. CNEEC and CEDRI also commit to continue to fully cooperate with the World Bank Group Integrity Vice Presidency.

The debarment of CEDRI qualifies for cross-debarment by other multilateral development banks (MDBs) under the Agreement for Mutual Enforcement of Debarment Decisions that was signed on April 9, 2010.