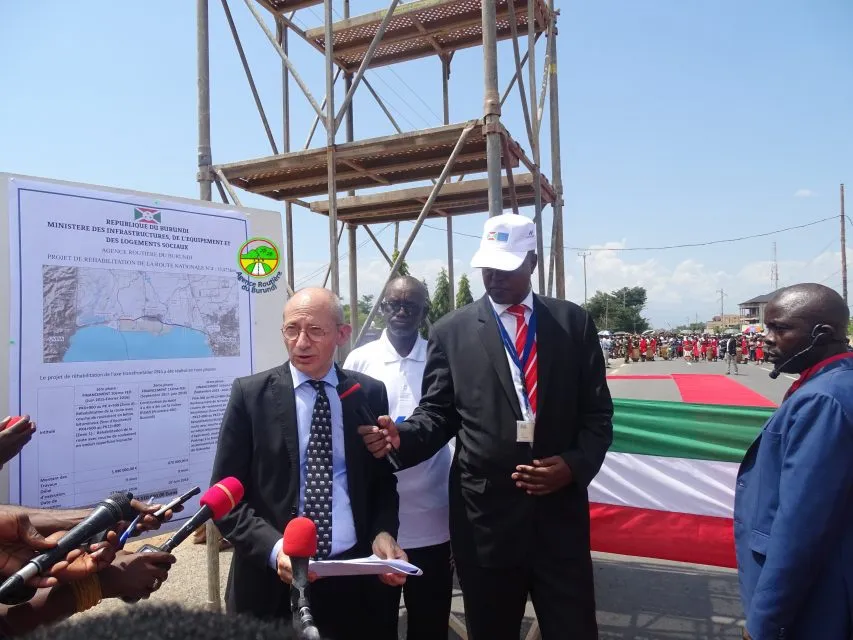 RN4 Road (Chanic – Gatumba section) in Burundi has officially been inaugurated by the East African country government led by President Evariste Ndayishimiye following the completion of its rehabilitation in August this year.

The 15.475 km national road number 4 section connects the country’s economic capital Bujumbura to the border of the neighboring Democratic Republic of Congo also known as Congo-Kinshasa, DR Congo, the DROC, or simply either Congo or the Congo.

The rehabilitation works on this road began in June 2015 with SOGEA SATOM, a subsidiary of Vinci Group and a major player in building and civil engineering in Africa, as the contractor after the termination of a previous contract with two Rwandan and Congolese companies.

The project was carried out in three phases. The first phase concerned the widening and rehabilitation of the road through the installation of bituminous concrete bearing layer and surface coating. The second phase and the third phase concerned the construction of a bridge on river RUSIZI, and the Development of border parking lots and sanitation in Gatumba crossing respectively.

The project was funded by the European Union through the 11th European Development Fund (EDF).

Expectations for the inaugurated road

The newly inaugurated road is set to accommodate an increased volume of traffic plying the route and at the same time decrease transport costs and time it takes to and from the East and Central African countries.

The RN4 is the preferred supply axis for the Congolese cities of Uvira, Fizi, Kalemie, and even Bukavu. In addition, the United Nations Organization Stabilization Mission in the DRC (MONUSCO) frequently uses Bujumbura airport as a logistics base and more than often uses this road corridor.