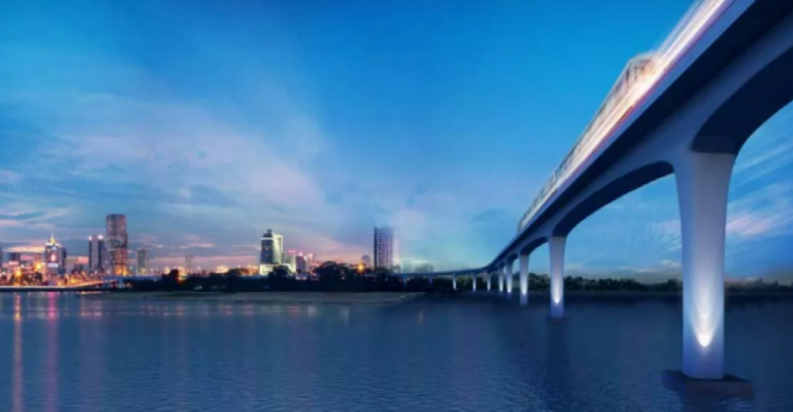 State-owned China Communications Construction Company (CCCC) has won a S$180m (US$135m) contract to build the bridge over the Straits of Johor for the Johor Bahru–Singapore Rapid Transit System (RTS) Link.

The bridge linking Malaysia and Singapore will stand 25m in height in Singaporean territory, said the city-state’s Land Transport Authority, which awarded the contract.

On land, the bridge will descend into tunnels, which CCCC will also build, leading to the Singaporean terminus at Woodlands North station.

Construction of the viaduct and tunnels is scheduled to start in the second quarter of 2021.

Expected to start passenger service at the end of 2026, the RTS Link is a 4km rail shuttle between Woodlands North station and the Malaysian terminus at Bukit Chagar station in Johor Bahru.

It will carry 10,000 passengers an hour in each direction with a journey time of about five minutes between the two stations.

It is intended to ease traffic congestion on the Causeway.

The first civil contract to construct the RTS Link Woodlands North station, tunnels and the Customs, Immigration, and Quarantine (CIQ) building in Singapore, worth US$676m, was awarded on 26 November 2020 to Japanese contractor Penta-Ocean Construction.