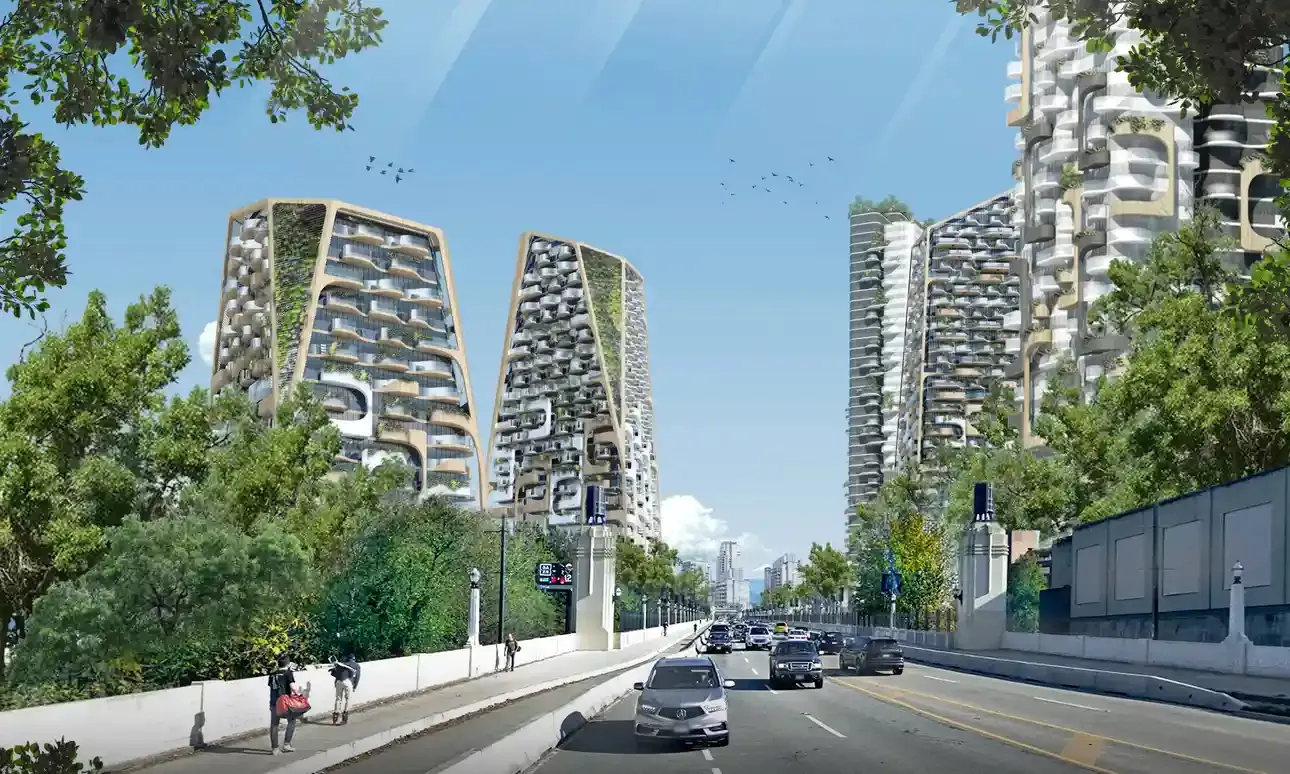 Plans by a Canadian First Nation people to develop an urban quarter in Vancouver, announced in November 2019, will go ahead this year.

The Squamish First Nation’s plan was to build 11 towers containing around 6,000 homes in False Creek in central Vancouver. The latest version of the Senakw development adds an office tower, raising the total value of the scheme from US$2.2bn to $3bn.

The scheme, which is being jointly developed by the Squamish Nation and private developer Westbrook, will be built on land owned by the Squamish, which means that it will not be subject to Vancouver’s planning and approval process, or City of Vancouver zoning bylaws that limit most buildings in the Kitsilano area to five storeys.

The towers, which were designed by local practice Revery Architecture, will vary between 17 and 59 storeys and will have a total floor area of 4 million sq ft.

The project will be built in several phases over five years.

Revery  on its website that the development will “highlight the rich, natural elements of land and sea integral to indigenous culture, fusing the social, cultural, environmental, and economic drivers of sustainability”.

It adds: “Revery is proud to collaborate on this notable project that will transform the area at the south end of Burrard Bridge, creating a new skyline on the False Creek waterfront, and will contribute significant rental and affordable housing stock to Vancouver’s historically tight inventory.”

The buildings will occupy about 10% of the site, and will be surrounded by landscaped plazas, as well as a garage for 6,000 bicycles.

The neighbourhood will run on a district-wide low-carbon energy generation network, and a rapid transit terminal for bus and light rail services is also being planned.