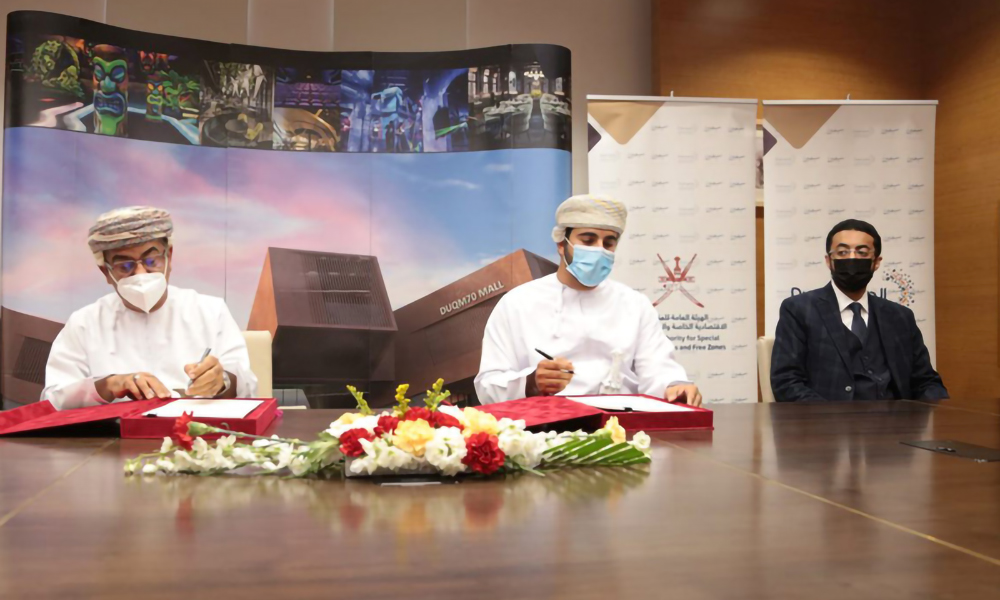 Phase one of new centre will consist of cinemas, entertainment zones and an indoor golf course, as well as dining and retail outlets

The agreement was signed at SEZAD headquarters, with Yahya bin Khamis Al Zadjali, who is in charge of managing the operations of the Special Economic Zone at Duqm, signing the agreement, along with Khalid bin Said Al Nabhani, CEO of Sabeen Investment Company.

In a statement, the companies said that the first phase of the project will bring a centre consisting of different facilities such as cinemas, virtual reality games, and an indoor golf course, as well as restaurants, shops with local, regional, and international brands, and a car park.

The second phase will be developed at a later stage to introduce a four-star hotel, residential and commercial buildings to provide integrated services for visitors.

Ali Shihab Al Din Al Mashhour, Chairman of Sabeen Investment Group, said: “The centre is strategically located at the centre of the Special Economic Zone at Duqm, as well as it is close to the airport, Port of Duqm and other government and private projects in the Zone.

“Construction of the entertainment centre will extend between 12-18 months after obtaining all permits and approvals from the concerned authorities, while the total value of the project is around $13 million”

Al Zadjali confirmed that this project comes in line with the efforts of the Public Authority for Special Economic Zones and Free Zones to attract local investments and encourage them to invest in the Zone. He added that the project reflects the confidence of Omani investors in the zone and its rapid growth and advantages, in addition to the services and facilities that are offered to investors.