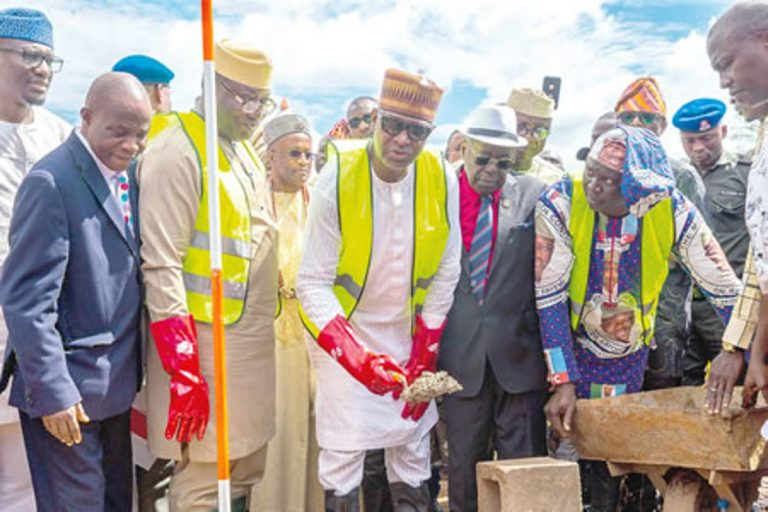 The construction of Ekiti Agro-Allied Cargo Airport in Ekiti State in the Southwest region of Nigeria has begun. This is after the State Governor, Dr. Kayode Fayemi handed over the site to the main contractor CCECC Nigeria Ltd. The latter is a subsidiary of China Civil Engineering Construction Corporation that provides construction and engineering services in the West African country.

During the site handover ceremony, Dr. Fayemi described the project, which mainly entails the construction of 3.2 kilometers runway, as a promise made and kept for the development of the state.

According to Otunba Bisi Egbeyemi, the Deputy Governor of the Ekiti State, the construction of the airport’s runway pavement would be completed within a span of 15 months, in line with the timeline agreed with the contractors.

Describing the project as a milestone for his administration and the people of Ekiti, Governor Fayemi noted that the Ekiti agro-allied cargo airport would enable the fast movement of agricultural products to the international market.

He explained that Ekiti, which is mainly an agricultural state, is blessed with hardworking farmers and investors who are ready to produce in commercial quantities, once there is an assurance that their goods will reach local and international markets.

“It is with no doubt, that Ekiti is a landlocked state that borders with other landlocked states such as Kwara, Osun, Edo, except Ondo that has a sea. This situation has made it difficult for our people and people of the neighboring states to transport goods, especially agricultural products, to local and international markets.

“The establishment of this agro-allied cargo airport will also help improve the socio-economic development of our state when fully completed,” concluded the Governor.