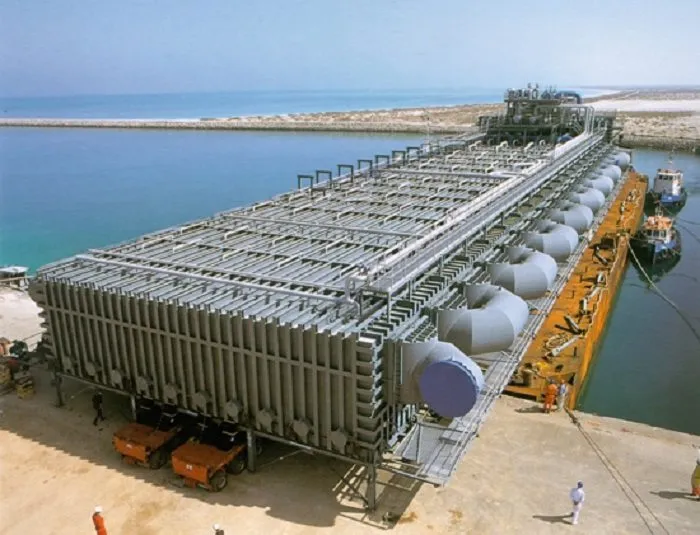 The governments of Botswana and Namibia have recommitted to the Walvis Bay seawater desalination plant project in Namibia. Botswana head of state Mokgweetsi Masisi discussed the water supply project with his Namibian counterpart during a one-on-one meeting and expressed interest in the ambitious project.

“We are happy with the prospects presented by this project, because we need water. However, our ministers and technocrats need to determine what is best for us keeping in mind our governance procedures,” said President Mokgweetsi Masisi.

A distance of over 1490km separates the two cities but they are already connected by a road. The water pipeline could follow this route. The water will then be used to supply the Namibian capital Windhoek and Botswana’s capital Gaborone. The financing of the future facility is expected to be provided by both countries.

Construction of the desalination plant could help to reduce the deficit in drinking water production in both countries. Botswana is plagued by severe droughts, which only exacerbate the country’s recurring water supply problem. To date, 95% of Botswana’s surface water resources are concentrated in the north-western part of the country.

Namibia on the other hand is grappling with a national water crisis due to severe droughts. The 2018/19 rainy season, one of the driest since 1981, only received 50% or less of average seasonal rainfall, thereby posing serious constraints to the southern African nation’s economic, environmental and social development agenda.