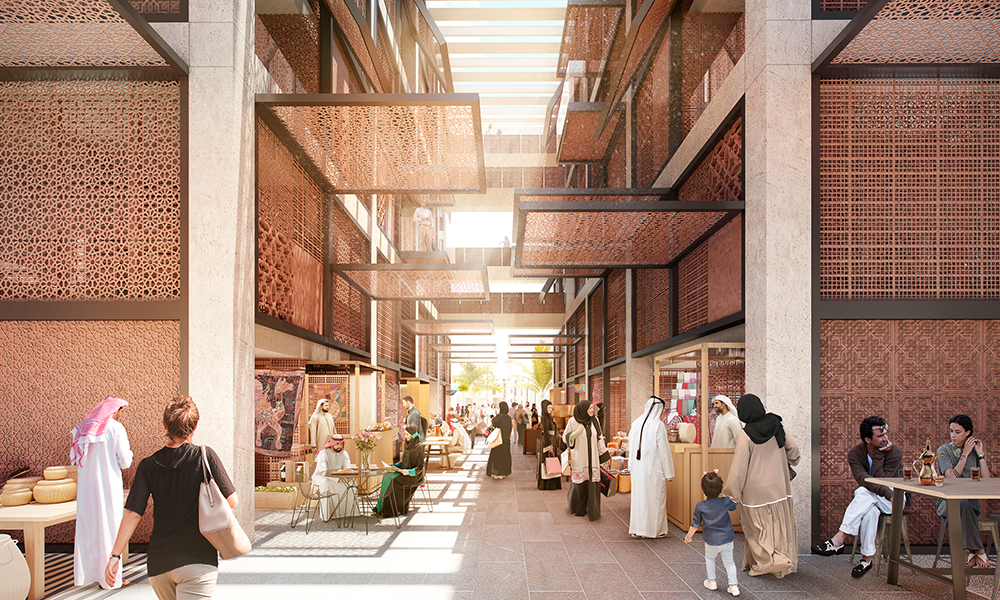 All necessary approvals have been received for the urban core of the southern sub-region, officials say

According to a report by Arab Times, the Minister announced the decision for the major residential project after meeting with citizens of the area in the presence of the Director General of the Public Authority for Housing Welfare (PAHW), Engineer Bader Al Waqian and senior officials from the authority.

He added that a decision would soon be made about the distribution of the remaining 7,000 plots of land.

Located 80 km south of the country’s capital, South Sabah Al Ahmad City is set to be the urban core for the southern sub-region. The 61.5 sqkm City features 10 neighbourhood clusters arranged around a central business district. It is bordered by a ring of light industrial buildings.

According to Foster + Partners, the architectural firm behind the project’s design, the central district contains a sports stadium, museum, city university and a major city park.

Petal-like green spaces branch off from the city park, running between each of the neighbourhoods to create green urban links throughout the masterplan, it explained.

The topography of the development has been inspired by sand dunes in the desert, stated the top UK architectural firm.

The practice has also detailed one neighbourhood cluster as a pilot project to showcase a future vision for the city. The villa cluster forms the smallest unit of the masterplan, arranged around a contemporary interpretation of a Farige – a traditional Kuwaiti cul-de-sac.

Several villa clusters together form a community centre, which includes local parks and shops, nursery and kindergarten schools, and local mosques at every 250 m, said the top architect.

A number of communities combine to become a neighbourhood, each with a residential centre featuring a large souk, centres for health, children and the youth, and primary, elementary and secondary schools.

The pilot neighbourhood cluster will also feature roof-top photovoltaic installations on the industrial buildings surrounding the development, to further strengthen the sustainable credentials of the project.