Uproar in Hungary over plans for €1.5bn Chinese university in Budapest 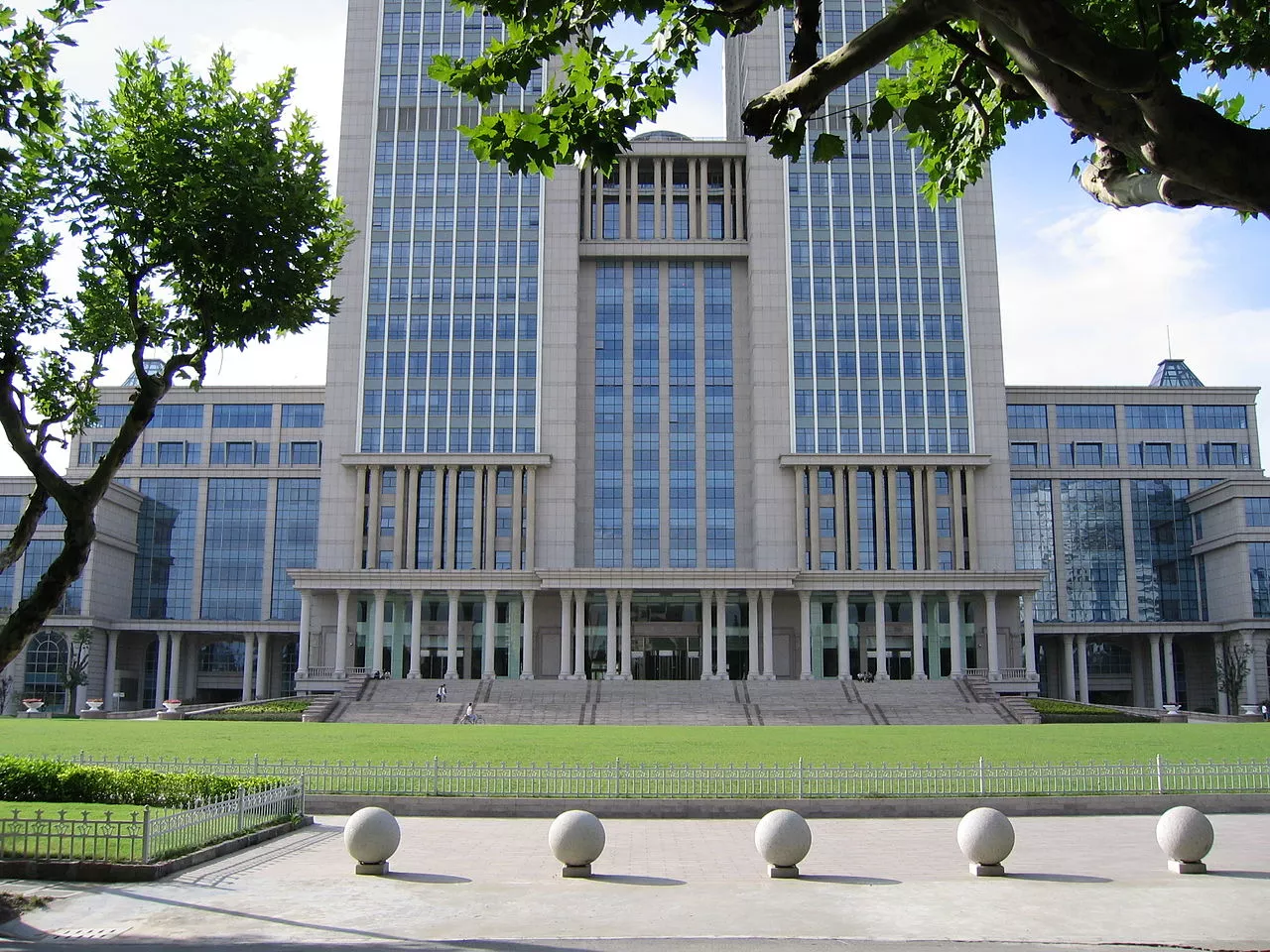 A political row has broken out in Hungary over plans to build a Chinese university campus in Budapest after a report claimed it would be financed almost entirely by a Chinese loan, built by a Chinese company and would replace a major accommodation complex promised to Hungarian students.

Opposition politicians from across the political spectrum have spoken out over the unpublicised details, saying the plan would deny help promised to students, leave Hungary in debt to China, and increase China’s influence over the country.

In February, the government of Prime Minister Victor Orbán announced a declaration of intent between Hungary and China to establish a Budapest campus for Shanghai’s prestigious Fudan University, following the December 2019 signing of a memorandum of understanding to that effect.

But last week on 6 April, the investigative news site Direkt36 claimed to have seen government documents saying that Fudan Hungary University would cost €1.5bn, of which €1.3bn would be covered by a loan from China.

Direkt36 said the documents further indicated that Fudan campus would be situated in Budapest’s southern 9th District, Ferencváros, at the site of the planned Budapest Student City development which had been intended to provide affordable housing for up to 12,000 Hungarian students, easing the high cost of living in the capital.

Budapest Student City is a component of the Budapest South Gate Master Plan, whose design by Norwegian architecture firm Snøhetta won an international competition in December 2018.

The documents also indicated that the job of building the campus would likely go to China State Construction Engineering Corporation (CSCEC) with no competitive bidding process in a bilateral, state-to-state arrangement designed to bypass EU procurement rules, Direkt36 said.“

Can no longer be stopped”

In the documents it was stated that “it is necessary to reach the point where the investment process can no longer be stopped”, and that “a certain number of Chinese workers will be involved in the construction and Chinese building materials will be imported”. 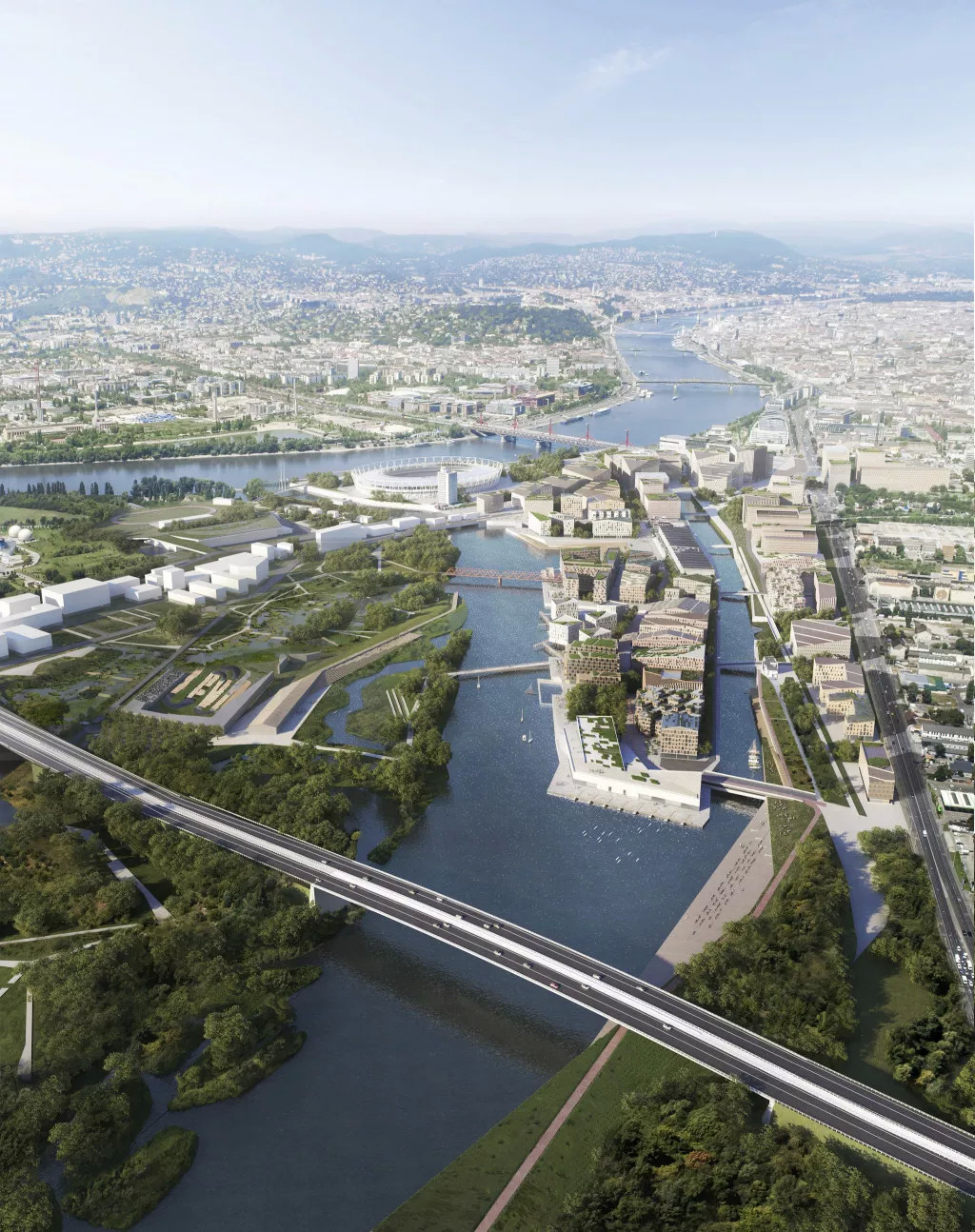 Render of the Budapest South Gate Master Plan by Snøhetta, which won an international competition in December 2018 (Snøhetta)

Key among the documents obtained by Direkt36 is a draft proposal for the Fudan campus co-authored by Hungary’s Minister for Innovation and Technology, László Palkovics, and its Minister of Foreign Affairs and Trade, Péter Szijjártó.

Direkt36 claimed this draft approval was discussed and accepted at a government cabinet meeting on 24 February.

The website noted that the campus’ price tag of €1.5bn, which Hungarian taxpayers would be liable for, was more than what Hungary spent on its entire higher education system in 2019.

It also raised the issue of covert Chinese government influence in Hungary, noting that in 2019, chapters in Fudan University’s charter on academic freedom of thought were replaced by a declaration of allegiance to the Chinese Communist Party.

The claims sparked uproar among opposition political figures in Hungary from both the left and the right.

Budapest mayor Karácsony Gergely wrote an open letter to the office of Prime Minister Orbán, expressing “shock” and total opposition to the plan as depicted by Direkt36.

“I sincerely hope that the affordable housing of thousands of Hungarian students and the green investments planned within the South City Gate project are more important to the Government according to our agreement than the Chinese political, economic and secret service and the service of privileged few over the future of the majority,” he wrote.

“I am convinced that Budapest would welcome any elite university in the world,” she wrote on Facebook. “But not with such a one-sided business, where all the benefits belong to the Chinese, and we only get debt.” 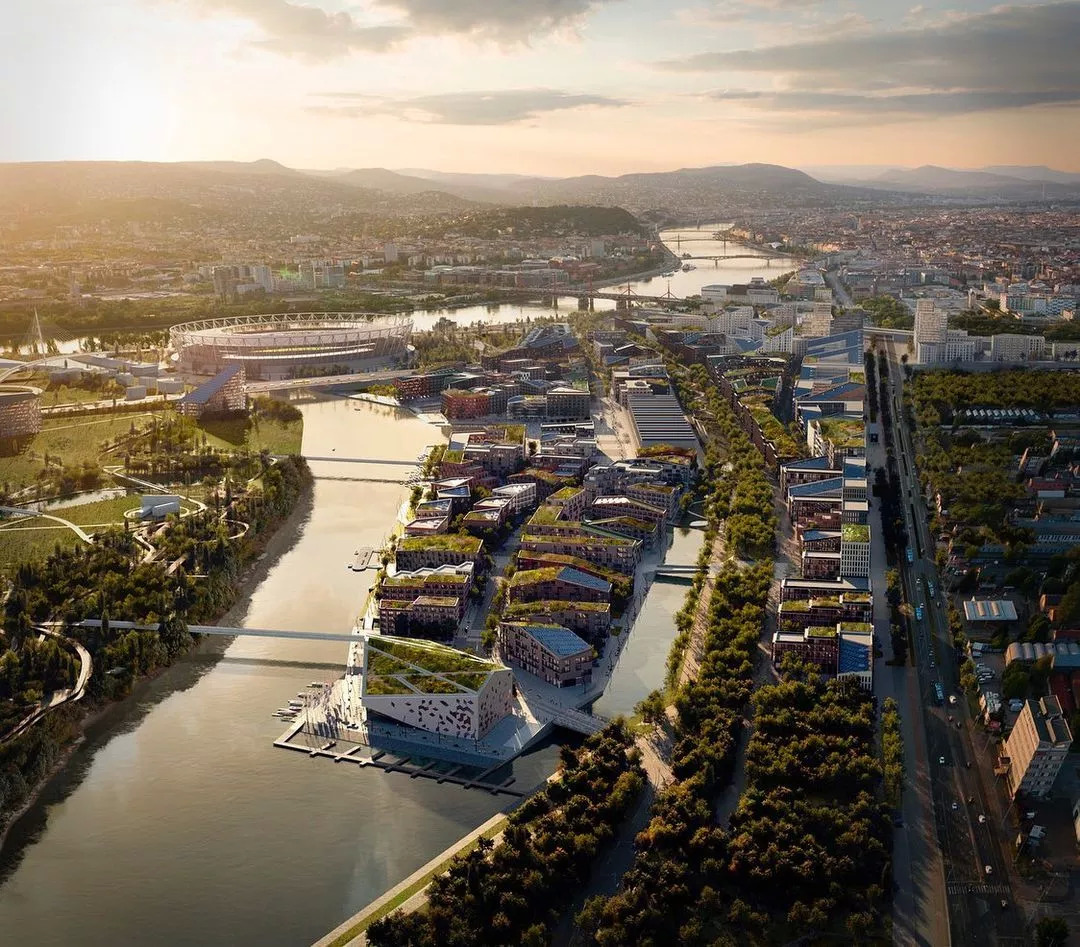 A rendering of a future Student City, shared by Budapest Mayor Gergely Karácsony on social media

Hungary’s main socialist party, the MSZP, criticised the reliance on Chinese loans especially after the Orban government ejected the Central European University, which was backed by George Soros, a political opponent of Orbán, while decrying the breaking of promises to Hungarian students.

The right-wing, nationalist Jobbik party also called on the Orbán government to support the Student City rather than establishing a Chinese campus, Hungary Today reported.

Other commentators argued that the project is understandable, given the growing influence of Chinese universities.

Paweł Paszak, a researcher at the Warsaw Institute, commented to the Pie News website: “At first it might seem surprising, but when we look at the progress that has been made by top Chinese universities we see that it is remarkable. So it seems natural that there are attempts to fully grasp financial opportunities in the sector. Higher education is a huge and lucrative business.”

If the Fudan plan is indeed chosen, the university will accept up to 6,000 students and 500 academics, and offer courses in international relations, for which Fudan has a worldwide reputation, as well as economics, medicine, and engineering sciences.

Hungary Todayreports that in a government press conference on 8 April the head of the Prime Minister’s press office, Gergely Gulyás, said the Fudan campus was not in conflict with the Student City programme, and that having one of the “elite universities of the world” would “give meaning” to the capital’s student quarter.