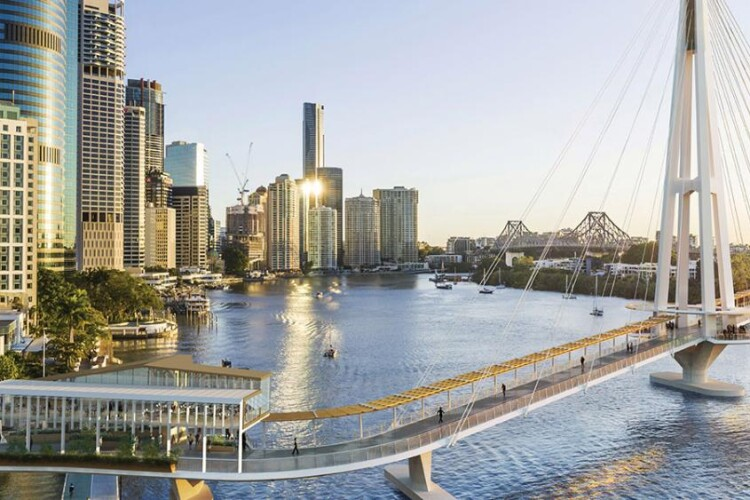 A team led by Besix Watpac has won the construction contract for a major cable-stayed footbridge in Brisbane, Australia.

The team will now begin five months of detailed design work and stakeholder consultation before construction activity gets under way at the end of this year.

The 460m-long single-mast cable-stayed structure will carry dedicated cycle and pedestrian paths and will include places for people to pause and take in the river and city views. It will also incorporate a bar and restaurant.

Besix Watpac project director Bram Gruwez said: “The KPGB will be among the longest span cable-stay pedestrian bridges in the world and when added to its graceful elegance, will make it an enduring feature of our city.”

Construction of the bridge is expected to generate more than 300 local jobs. The bridge is due to reach practical completion in the second half of 2023.