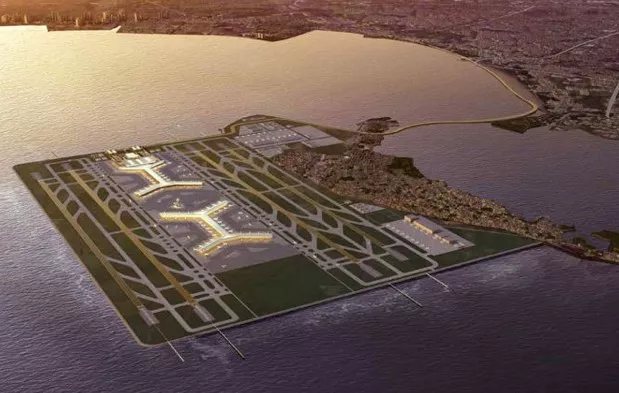 China Communications Construction (CCCC) is one of four companies to express an interest in developing the $10bn Sangley Point International Airport project in the Philippines, despite being removed from the project in controversial circumstances in January.

Philippine newspaper Philippine Star notes that Metro and Philippine Airport both bought the documents when the scheme was tendered in 2019, but only CCCC and its local partner, MacroAsia Corp, entered an actual bid.

Manuel Pangilinan, the chairman of Metro, told the newspaper that his company was “interested in principle” in the latest tender, but was not ready to make a commitment.

Governor Remulla removed CCCC and MacroAsia from the project on the grounds of “various deficiencies of the submission of requirements to conclude the joint venture agreement”.

He told the Nikkei Asia newspaper: “We gave them two extensions, but they failed to comply with three requirements, a lot of them documentary.”

During the previous tender, the waters were muddied by geopolitical factors.

The US imposed sanctions on CCCC and several of its subsidiaries for their work in creating artificial islands in disputed areas of the South China Sea, as well as their role in the Belt and Road Initiative.

Following that decision, in August last year, a certain amount of confusion was evident in the Philippine government over how to react (see further reading). As with much of Southeast Asia, the country has to strike a difficult balance between Chinese and US interests.

The Philippine Star previously reported that the provincial government of Cavite had imposed a legal qualification requirement to address national security concerns.

This is that all contractors or consortiums bidding for the scheme should be Philippine majority-owned and controlled. This would mean that CCCC would have to bid in conjunction with a Philippine-owned partner. And unlike its deal with MacroAsia, in which it held a 60% stake, it would have to take the junior position.

The interested company or consortium must also have a net worth of at least $1.6bn and should have successfully built at least one international airport development and carried out one land reclamation development project in the past 20 years.

Whoever wins the Sangley tender will be responsible for developing it in partnership with the province of Cavite. It will also have to provide the required equity investment and debt financing.