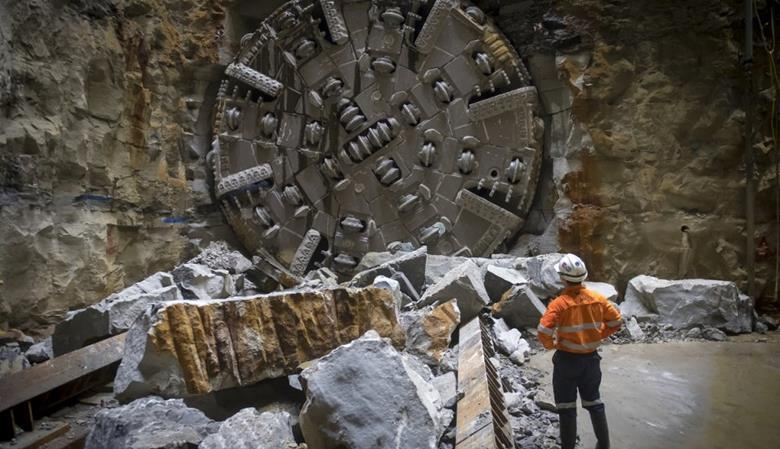 The first of three major tunnelling contracts for the 24 km Sydney Metro West has been awarded to a joint venture of Acciona Construction Australia Pty Ltd and Ferrovial Construction (Australia) Pty Ltd, Transport for New South Wales announced on July 16.

Under the A$1·96bn package, the joint venture will bore 11 km of twin tunnels between The Bays and Sydney Olympic Park using pairs of double-shield hard rock tunnel boring machines. It will line them with around 70 000 concrete segments, to be manufactured at a plant at Eastern Creek.

The contract also covers excavation of the station caverns and civil construction works for the five stations at The Bays, Five Dock, Burwood North, North Strathfield and Sydney Olympic Park, plus a crossover cavern at Burwood North.

As well as the TBM launch site at The Bays and a recovery shaft at Sydney Olympic Park, the work will require another access shaft at Burwood North. Acciona says construction will begin in the next few weeks, and the first of four TBMs is expected to be operational by the end of 2022. Completion of the tunnelling work is scheduled for 2025.

Three consortia had been shortlisted to bid for the contract as part of a two-stage competitive tendering process. The remaining two — a joint venture of John Holland, CPB Contractors and Ghella Australia and another of Gamuda with Laing O’Rourke Australia — will now go forward to bid for the Western Tunnelling Package, covering the 9 km section of the route between Sydney Olympic Park and Westmead in Paramatta. This second contract is expected to be awarded by the end of the year.

The Sydney Metro project team has also begun a separate competition to select a contractor for the Eastern Tunnelling contract, which covering the final section of the route between The Bays and Hunter Street in Sydney’s city centre. This is expected to be awarded by late 2022.

Detailing its share of the work, Acciona described the project as ‘a flagship initiative in sustainability’. It plans to optimise the alignment of tunnels and stations to reduce overall excavation, reduce the number of lorry movements during the construction period, ‘and improve public safety’. The joint venture aims to create 1 000 jobs and 500 internships for the local community.

Opening in the second half of the 2020s, the 24 km metro line is expected to offer journey times of around 20 min between the Greater Parramatta area and Sydney’s central business district, supporting new housing developments and employment growth in the country’s largest conurbation.