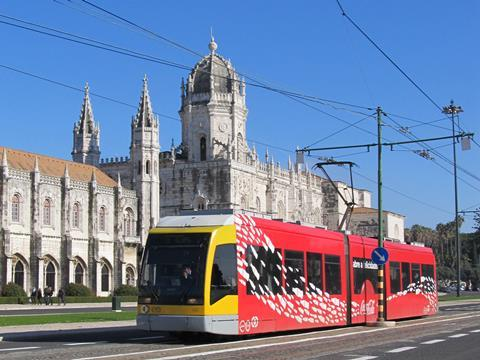 The municipalities of Lisboa, Oeiras and Loures have finalised a co-operation agreement to proceed with development of 24 km of new light rail lines around the capital.

The so-called LIOS network would be developed to create what the councils are calling a ‘Sustainable Intermodal Line’. Two corridors would be built, one to the west and another east of the city centre. They would be connected by the existing tram route 15 operated by Carris.

At the western end, the LIOS network would extend Route 15 to serve Linda-a-Velha and Cruz Quebrada/Dafundo. In the east, it would connect Santa Apolónia and Oriente main line stations with Moscavide, Portela and Sacavém, creating a key corridor through the Parque das Nações area.

The proposals are intended to capitalise on extensions to Route 15 between Terreiro do Paço and Santa Apolónia station and between Algés and Jamor, which the city has already approved.

Designed to provide high quality light rail services along the length of Lisboa’s riverfront districts, LIOS would gain a further interchange with the metro network at Alcântara once the Line B extension from Rato has been completed.

LIOS would have an estimated cost of €490m, which covers both infrastructure and depot construction, as well as procurement of more trams as required.