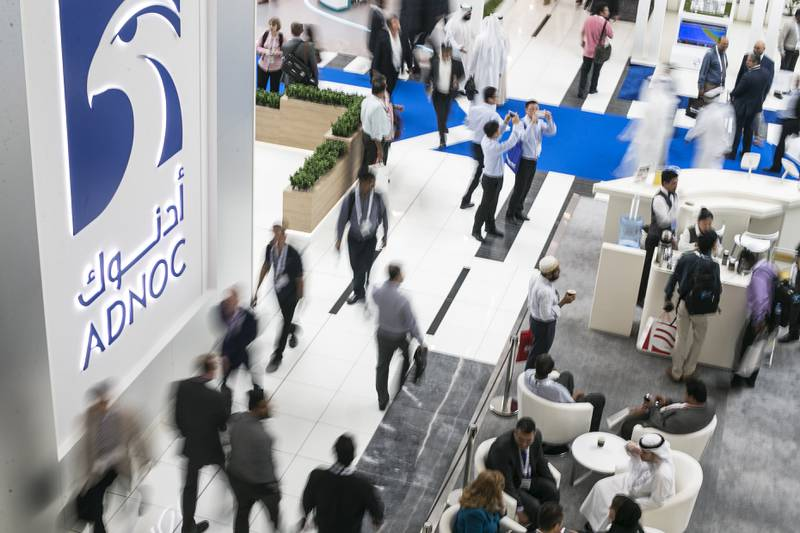 Adnoc awarded exploration rights for an offshore block to a Pakistani consortium for $304.7 million, marking the first-ever deal to energy companies from the South Asian nation.

The award, the first granted to a Pakistani consortium, is part of Abu Dhabi’s second competitive bid round. The term of the contract is for 35 years from the start of exploration, with the "potential" to create significant inflows of in-country value for the UAE economy, Adnoc said on Tuesday.

The value of the contract covers exploration, appraisal drilling and a participation fee.

"It represents an important platform upon which we can drive win-win opportunities to support Pakistan’s energy security and further strengthen the strategic and economic ties between our two countries."

The UAE is Opec's third-largest oil producer, accounting for 5.6 per cent of all proven reserves worldwide.

In 2019, Adnoc launched a second competitive bid round for hydrocarbons, offering unconventional reserves for the first time in a bid to attract international oil companies to explore for oil and gas.

The licensing round includes five blocks stretching across an area of about 34,000 square kilometres.

Pakistan, an important buyer of crude products and gas in South Asia, registered growth of 2.9 per cent in its primary energy consumption between 2009 and 2019 and accounted for 0.6 per cent of the world's energy consumption in 2020, according to the BP Statistical Review of World Energy.

"This award is not only a watershed moment for Pakistan and the emirate of Abu Dhabi towards bilateral energy co-operation and economic links but also offers an opportunity to strengthen strategic co-operation with Adnoc to share technical know-how and expertise," said Moin Raza Khan, managing director and chief executive of PPL.

The agreement with the Pakistani consortium is part of Adnoc's partnership model towards developing upstream concessions. The company has involved partners from key growth markets to become developers of its oil and gas projects, locking in supply for the foreseeable future.

The Pakistani consortium will hold a 100 per cent stake in the exploration phase of the concession, which is located 100 kilometres north-east of Abu Dhabi city and covers an offshore area of 6,223 square kilometres.

If the consortium makes a successful commercial discovery, Adnoc reserves the option to hold a 60 per cent interest in the production phase of the concession.

Dr Al Jaber said the partners are "optimistic" about "the potential to unlock significant value" from the hydrocarbon exploration in the second competitive bid round.

The Pakistani consortium will also contribute financially and technically to the Abu Dhabi company's mega-seismic study.

"The data already acquired over a large part of the block, combined with its proximity to existing oil and gasfields, suggests the concession area has promising potential," Adnoc said.

PPL contributes to 20 per cent of Pakistan's natural gas supplies and operates 15 fields across the South Asian nation.

As part of the second competitive bid round, Adnoc awarded onshore exploration rights to US company Occidental Petroleum.