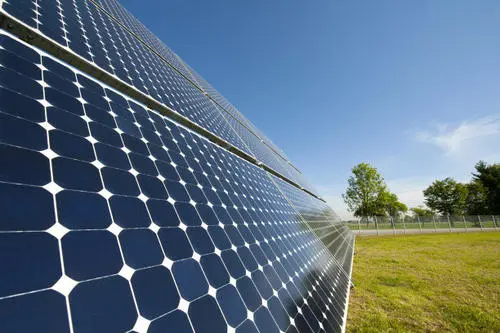 TotalEnergies and Air Liquide are joining forces to decarbonize hydrogen production at TotalEnergies’ Normandy platform in France. This project will enable in time for the supply to TotalEnergies by Air Liquide of low-carbon hydrogen by relying on Air Liquide's hydrogen network in Normandy and the implementation of a large-scale CO2 capture and storage solution (CCS). In line with the objective of both companies to get to net zero by 2050, this ambitious project is part of a sustainable development approach which will help develop a low-carbon hydrogen ecosystem in the Axe Seine / Normandy, progressively supported by technologies such as CCS and electrolysis.

Under a long term contract agreement, Air Liquide will take over and operate the 255 tons-per-day hydrogen production unit at the TotalEnergies platform in Normandy. Connecting the unit to Air Liquide’s hydrogen network will enable to optimize its performance and, ultimately, develop the world’s first low-carbon hydrogen network. The network already includes a hydrogen production facility in Port-Jérôme equipped with Air Liquide’s CryocapTM carbon capture solution since 2015. Air Liquide is considering adding a large-scale unit to produce renewable hydrogen via electrolysis.

In addition, the companies will launch development studies to deploy a carbon capture and storage (CCS) project to decarbonize the hydrogen produced in this unit at the Normandy platform. Air Liquide would install its CryocapTM process to capture CO2, while TotalEnergies handle transportation and storage of the captured CO2, notably through the Northern Lights (Norway) and Aramis (Netherlands) CCS projects being developed in the North Sea.

In the long term, the implementation of these projects would reduce the carbon emissions from the unit’s hydrogen production by approximately 650,000 tons of CO2 per year by 2030.

This cooperation between Air Liquide and TotalEnergies is aligned with their shared ambition to help decarbonize industrial operations in the “Axe Seine/Normandy”. Along with other industrial companies, the partners signed a Memorandum of Understanding announced in July 2021, to develop carbon capture and storage infrastructure in Normandy with the goal of reducing CO2 emissions by up to 3 million tons per year by 2030.

Bernard Pinatel, President, Refining & Chemicals and Member of the Executive Committee of TotalEnergies, said: “This planned investment at our Normandy platform will enhance its industrial competitiveness and secure its long-term future. We are delighted to partner with Air Liquide on low-carbon hydrogen projects so we can work together on reducing the carbon emissions from our industrial operations. These projects contribute to the collective effort launched in the Le Havre industrial zone and the Axe Seine. This is fully aligned with TotalEnergies’ ambition to get to net zero emissions by 2050.”

François Jackow, Executive Vice President and a Member of the Air Liquide Group’s Executive Committee supervising Europe Industries activities, said: “Decarbonizing industry is a major challenge. The large range of solutions we have developed enable us to support our customers in their path towards energy transition. We have worked with TotalEnergies for many years, and are pleased to strengthen our partnership today with the deployment of solutions that will provide the Normandy industrial basin with a low-carbon hydrogen network in the years ahead. In line with our objective to reach carbon neutrality by 2050, Air Liquide is acting now to develop low-carbon and renewable hydrogen production and build a more sustainable future.”

Under French law, the proposed transfer of the hydrogen production unit to Air Liquide is subject to the process for notifying and consulting employee representatives of the TotalEnergies Normandy platform, and to the approval from the competent authorities.

A world leader in gases, technologies and services for Industry and Health, Air Liquide is present in 78 countries with approximately 64,500 employees and serves more than 3.8 million customers and patients. Oxygen, nitrogen and hydrogen are essential small molecules for life, matter and energy. They embody Air Liquide’s scientific territory and have been at the core of the company’s activities since its creation in 1902.

Air Liquide’s ambition is to be a leader in its industry, deliver long term performance and contribute to sustainability - with a strong commitment to climate change and energy transition at the heart of its strategy. The company’s customer-centric transformation strategy aims at profitable, regular and responsible growth over the long term. It relies on operational excellence, selective investments, open innovation and a network organization implemented by the Group worldwide. Through the commitment and inventiveness of its people, Air Liquide leverages energy and environment transition, changes in healthcare and digitization, and delivers greater value to all its stakeholders.

Air Liquide’s revenue amounted to more than 20 billion euros in 2020. Air Liquide is listed on the Euronext Paris stock exchange (compartment A) and belongs to the CAC 40, EURO STOXX 50 and FTSE4Good indexes.

In line with its ambition to get to net zero by 2050 together with society, TotalEnergies priority is to first avoid and then reduce its own emissions to a minimum. CCS technologies complement this approach by capturing and storing the company’s residual emissions and those of its customers. For this reason, TotalEnergies is fully committed to developing the CCUS value chain with 10% of its annual global R&D budget devoted to this field. TotalEnergies' ambition is to store at least 5 million tons of CO2 per year by 2030, notably, thanks to industrial CCS projects such as Northern Lights in Norway.

TotalEnergies is a broad energy company that produces and markets energies on a global scale: oil and biofuels, natural gas and green gases, renewables, and electricity. Our 105,000 employees are committed to energy that is ever more affordable, clean, reliable and accessible to as many people as possible. Active in more than 130 countries, TotalEnergies puts sustainable development in all its dimensions at the heart of its projects and operations to contribute to the well-being of people.