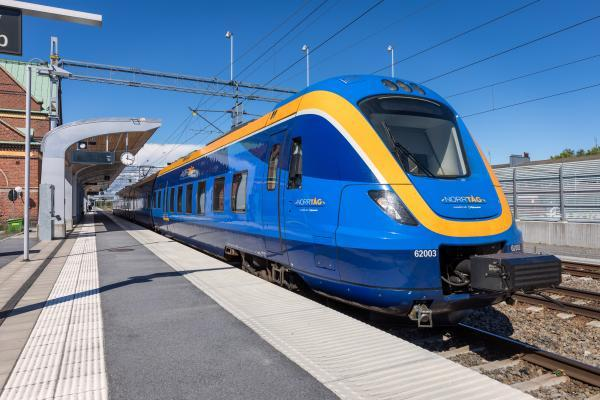 The financing will support the acquisition of 12 new double-decker electric multiple units to provide regional services with Mälardalstrafik MÄLAB AB in the Stockholm-Mälaren region.

Train passengers in the Stockholm-Mälaren region can look forward to more comfortable, reliable and attractive rail services in the near future. AB Transitio, the company that acquires trains for leasing to Swedish regional transport services, has signed a SEK 480 million loan to support the acquisition of 12 new train sets to be used in the Stockholm-Mälaren region.

Transitio will own the 12 new double-decker electric multiple units (EMUs), which will be operated by Mälardalstrafik MÄLAB AB on regional lines surrounding Sweden’s capital. The financing for the new trains is expected to help promote sustainable transport for commuters and residents, providing an incentive to shift away from road traffic.

EIB Vice-President Thomas Östros said: “As the EU climate bank, the EIB is investing heavily in alternative modes of transport to give people an incentive to leave their cars at home as much as possible. Sweden is already a leading country when it comes to the production of renewable energy, and focusing on more decarbonised transport is a logical next step.”

CEO of Transitio Magnus von Bahr said: “The acquisition of an additional 12 double-decker trains will further increase the capacity for regional services in the Stockholm-Mälaren region and support the mission of increasing travel by train.”

Apart from the environmental benefits in terms of energy performance and the shift away from road traffic, the acquisition of the new EMU train sets will also lead to lower operation and maintenance costs for the operator. In addition, after a dip in passenger numbers due to the COVID-19 pandemic, the number of users is expected to rise again following the trend seen between 2017 and 2019, providing good reasons for increased train capacity.