BP, Adnoc and Masdar to produce hydrogen in UK and UAE in clean energy partnership 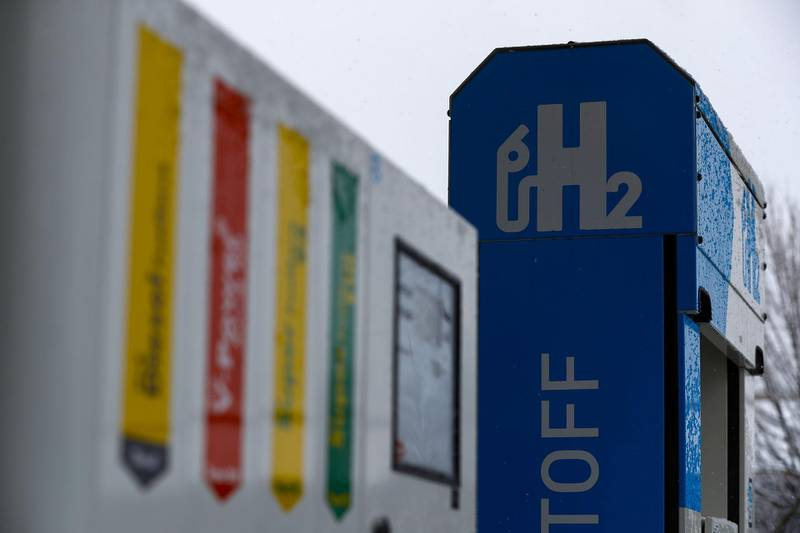 BP, Masdar and Adnoc will work together to develop low carbon hydrogen hubs and decarbonised air travel corridors between the UK and UAE, in the latest string of deals deepening the strategic ties between the two countries.

Together, the British multinational, clean energy company Masdar and the Abu Dhabi National Oil Company, initially aim to produce 2 gigawatts of low carbon hydrogen in the UK and UAE. The intention is to expand as the project progresses, they said in a statement also announcing two other agreements.

Hydrogen – which can be produced from both renewable energy and natural gas – is expected to become a critical fuel as economies and industries transition to a low carbon world to mitigate climate change and global warming.

The use of sustainable fuels, such as hydrogen, is a key part of aviation’s effort to support bringing global energy-related carbon dioxide emissions to net zero by 2050 and help meet the goal of limiting the temperature rise to 1.5 °C.

The industry represents approximately 2.5 per cent of global human-induced CO2 emissions, according to Airbus.

“The UK and UAE have enjoyed decades of strong economic ties and the agreements signed today between Adnoc, Masdar and BP will serve to deepen the strategic relationship between our countries. We look forward to building upon this legacy to strengthen both countries’ ambitions to generate economic growth through low-carbon initiatives,” said Dr Sultan Al Jaber, UAE Minister of Industry and Advanced Technology, managing director and group chief executive of Adnoc and chairman of Masdar.

Bernard Looney, BP’s chief executive, said: “The UK and UAE governments have bold plans for decarbonisation. The UK is our home and we have worked in the UAE for nearly a century. By partnering with the visionary leaders of Adnoc and Masdar, we see massive business opportunity to generate the clean energy the world wants and needs – and at the same time revitalise local economies and create the jobs of the future.”

The hydrogen production partnership between the three companies could also lead to the first international investment in a low carbon hydrogen facility in Teesside, in the north of England, supporting thousands of jobs and stimulating economic growth.

It is also expected to diversify and bolster local supply chains in both the UK and UAE.

UK Prime Minister Boris Johnson called the agreement a “fantastic investment in the industries of the future, creating high value jobs across the UK as we build back better and greener.”

”It is clear indication that businesses in the energy sector are taking the transition to cleaner solutions seriously, and a major boost to the UK’s own ambitious net zero goals. Our Global Investment Summit later this year will attract more exciting investment like this to the UK, demonstrating that economic growth, technological advancement and fighting climate change go hand-in-hand,” he said.

The summit will be held in the lead up to the COP26 climate meeting, in Glasgow, in November.

Already a partner of Adnoc’s in the Abu Dhabi oil and gas sector, BP will also develop carbon capture use and storage facilities together with it, in the second of the deals announced by the companies. Adnoc is on track to expand its carbon capture programme by five-fold by 2030.

The energy sector is one of the largest sources of methane, a leading cause of global warming. The impact of methane emissions has been understood better in recent years.

Adnoc and BP are to create “smart decision centres” that use digital technology and AI to improve operational efficiency.

In the third agreement, BP and Masdar will explore sustainable energy and mobility solutions for cities in the UK, the UAE and elsewhere.

They will initially focus on energy efficiency and storage, cleaner fuels and distributed renewables.

The agreements were announced after Sheikh Mohamed bin Zayed, Crown Prince of Abu Dhabi and Deputy Supreme Commander of the Armed Forces, carried out an official visit to the UK on Thursday, where he met Mr Johnson and a "Partnership for the Future" based on driving sustainable prosperity and addressing global issues was established.

The areas of collaboration between the three companies align with both the UK government’s 10-point plan for a green industrial revolution and the UAE’s ‘Principles of the 50’ for a prosperous and sustainable half century of economic growth.