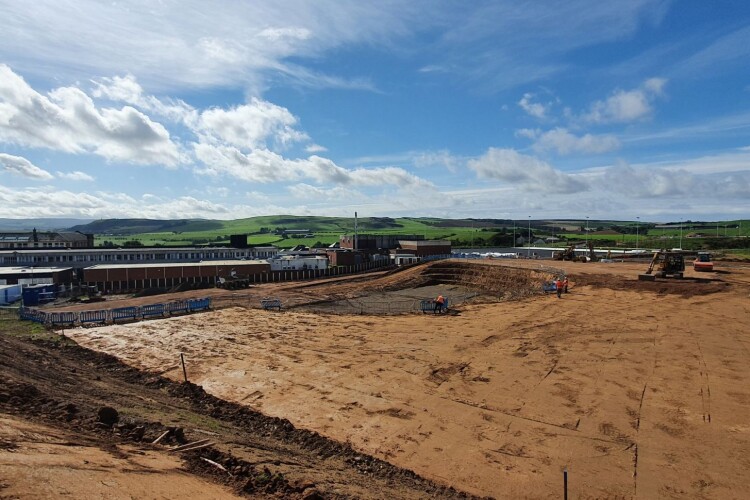 The Maybole Community Campus, set to open in August 2023, is being built on the site of the existing Carrick Academy.

It will incorporate a new academy school, with St Cuthbert’s Primary and a new non-denominational primary school that will be formed by amalgamating Cairn and Gardenrose Primary schools.

Work has already started on the first of two all-weather games pitches at the campus.

The Maybole Community Campus is being funded through the government’s learning estate investment programme (LEIP), and so has to meet an annual energy efficiency of 67 kWh per square metre. The campus will feature renewable energy sources including wind turbines and photovoltaic solar panels in a bid to be carbon positive.

Morgan Sindall Construction was appointed via Hub South West in 2019 to build both the Maybole Community Campus and Prestwick Educational Campus, with architect BDP leading the design team.

Stuart Parker, managing director of Morgan Sindall Construction Scotland, said: “We are thrilled to be working with South Ayrshire Council and hub South West on another development that will do so much to support not just the educational prospects of young people within Maybole, but the wellbeing of town as a whole.”