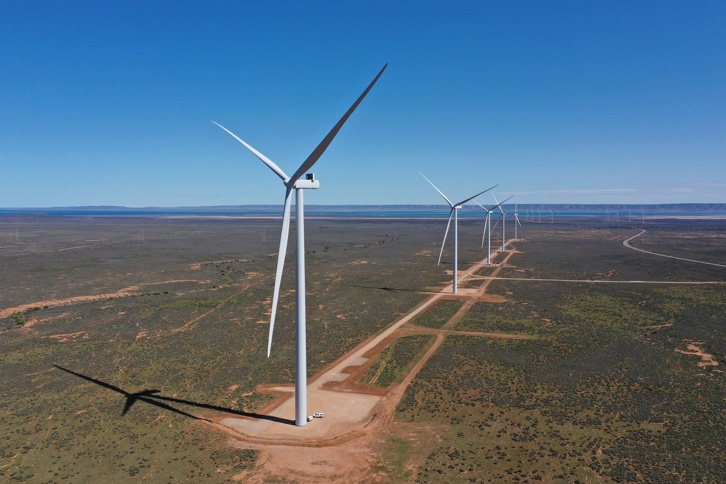 Iberdrola has been selected by Anglo-Australian multinational BHP to supply 100% renewable energy to its Olympic Dam mine project, one of the world's largest underground deposits of copper, gold and uranium, in southern Australia. The green energy supply will start operating in 2022 and will enable BHP to reduce the emissions from electrical consumption at Olympic by 50% by 2025, contributing to its overall goal to reduce scope 1 and 2 emissions by 30% by 2030.

The long-term purchase and sale agreement includes a specific PPA for the energy produced by Port Augusta, Iberdrola's first hybrid wind-solar farm in the world and the largest in Australia, with 320 MW of installed power. Iberdrola is building the farm, which will supply around half the electricity required for Olympic Dam, in South Australia. The contract also includes an innovative mechanism whereby BHP will purchase Large-Scale Generation Certificates (LGCs) for 100% of the energy purchased until 2025.

Iberdrola Australia's Managing Director and Chief Executive Officer, Ross Rolfe, said that, "we are delighted with this alliance, which will help BHP to achieve its decarbonisation and sustainability targets. Together, we have designed this tailor-made renewable energy supply agreement, which will make Olympic Dam the main customer for the renewable energy produced by Port Augusta; evidence of both companies' commitment to sustainable economic development in the region".

Jennifer Purdie, asset president at BHP, said that, "this agreement cements our commitment to renewable development in South Australia. Copper production at Olympic Dam will support global decarbonisation and the energy transition as an essential product for manufacturing electric vehicle batteries and renewable infrastructure. Reducing emissions from our operations will further improve our position as a sustainable copper producer".

South Australian Minister for Energy and Mining, Dan van Holst Pellekaan said that "the Government of Marshall is delighted with this agreement, which represents a step forward in South Australia's journey towards cleaner, cheaper electricity for industry, businesses and homes. It proves that BHP, Iberdrola and other businesses that are obtaining a suitable mix of generation sources, including wind and solar farms to obtain cleaner, reliable electricity, are on the right track".