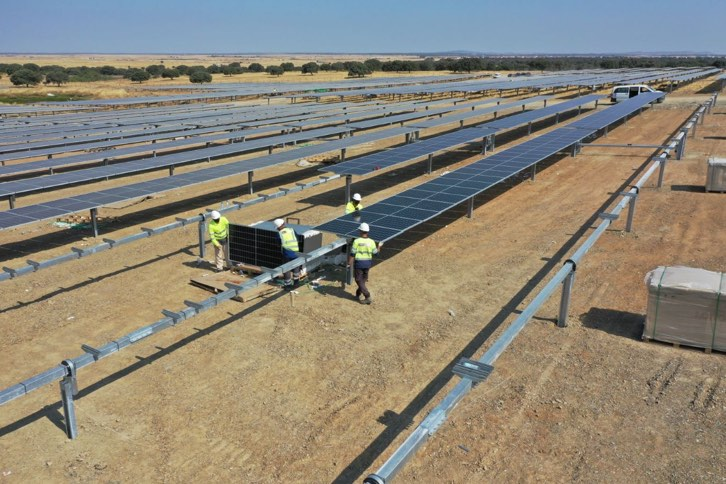 The province of Cáceres has become one of the epicentres of solar energy with the execution of several Iberdrola projects. The photovoltaic plant in Arenales will have an installed capacity of 150 MW, and the two plants in Almaraz will add a further 80 MW. The construction process alone has and will create more than 700 jobs.

As part of the global commitment to reducing emissions and fighting climate change, these plants will prevent the emission of more than 55,500 tonnes of CO2 into the environment every year.

The Arenales plant in Cáceres has been authorised to start the commissioning process. With an installed capacity of 150 MW, Arenales will supply renewable energy to almost 82,000 households. A total of 391,590 modules have been installed to prevent 38,500 tons of carbon dioxide from being released into the atmosphere. They are all installed on trackers to increase their energy production.

Work has also started on two photovoltaic plants in Almaraz with 50 MW and 30 MW of installed power, respectively, despite the supply crisis and thanks to suitable foresight and project management and a resilient supply chain.